We aim to strengthen our democracy by engaging and educating historically underrepresented voters and countering voter suppression. 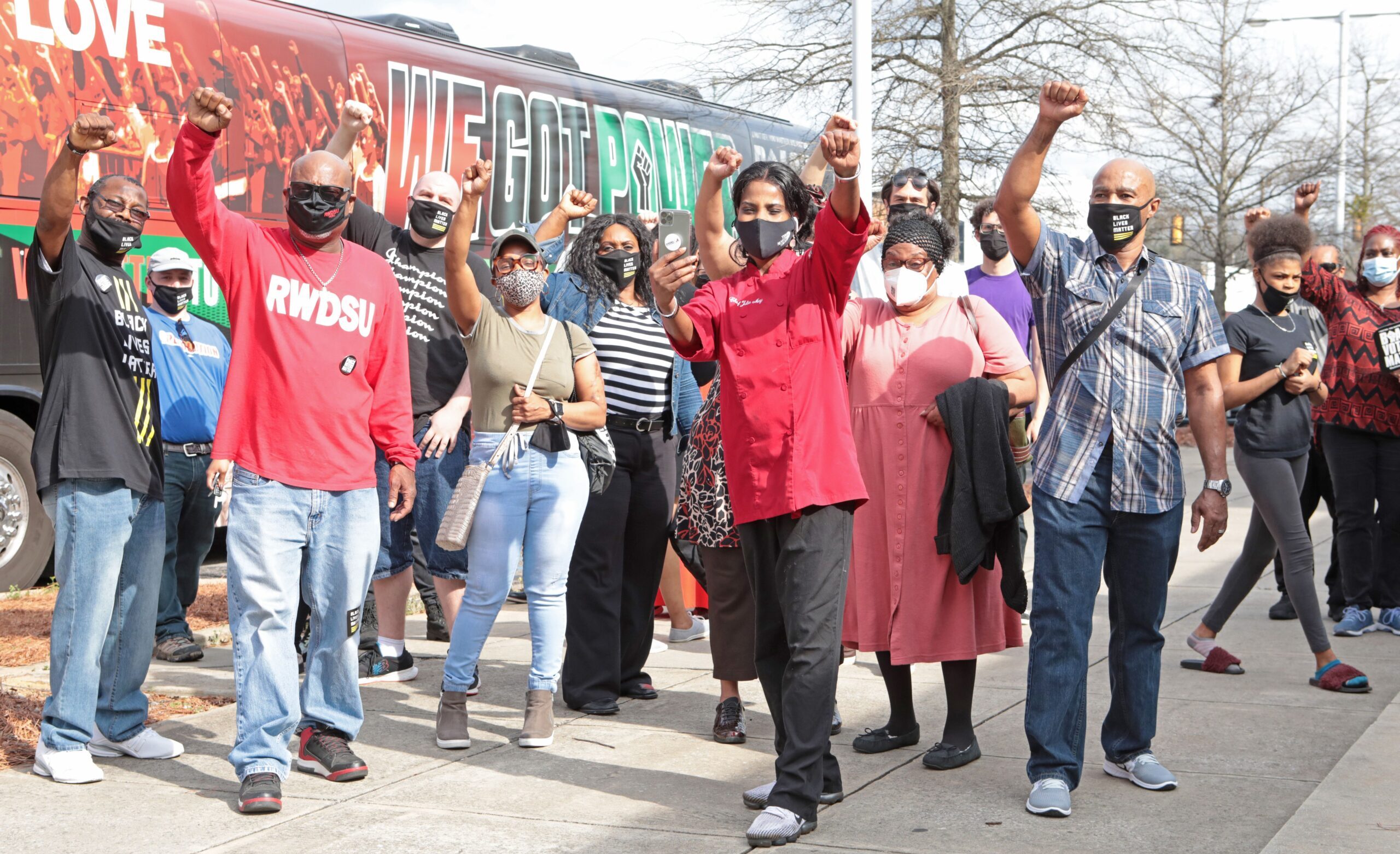 A strong, fully representational American democracy underpins much of the work that The J.M. Kaplan Fund has supported for the past 75 years. In late 2019, we made a significant shift in our social justice funding toward ensuring that new Americans, people of color, and disenfranchised people including returning citizens had an opportunity to participate in our democracy. This new focus is built on more than two decades of support for America’s immigrants and several years of funding for de-carceration initiatives in New York State. Voting and participation in other democratic processes like the census are fundamental to a free and just America, but are far too inaccessible to many. Our grants aim to expand and protect the American electorate in the hope of “a more perfect union.”

We support organizations that are deeply rooted in their communities. These local, “trusted messengers” lead campaigns that tackle myriad issues from polluted drinking water to COVID-19 response. The trust these organizing groups have instilled over years of advocacy is why they are so effective at engaging voters and building power. The Fund supports organizing efforts across the country—in both rural and urban places—and across a range of activities including “deep canvasing” and voter education in diverse languages. We believe that informed voters are better able to combat voter suppression and identify leaders who will relentlessly fight for community interests and needs.

“The Establishment of our new Government seemed to be the last great experiment for promoting human happiness.” –George Washington, January 9, 1790

The past decade has exposed significant weaknesses in our democracy that require a strong, organized response from its citizens, including philanthropy, to ensure its continued success. We see free and fair voting practice, the census, and redistricting as core democratic competencies that have fallen victim to partisan politics and an underinvestment in innovation. We support organizations that stand up for voters and strong, fair voting practices. We also support a fair census count in New York State, especially Long Island, where BIPOC communities have historically been underrepresented.

Swapna Reddy of Asylum Seeker Advocacy Project, a 2017 Innovation Prize awardee, was profiled by Forbes as part of her Ashoka Fellowship. Read more about her, and the incredible work of ASAP, here.

The Vera Institute of Justice finds that the number of people in pretrial detention is rising even as crime rates fall. The report shows that this type of detention has an especially severe effect on marginalized communities — like poor people, women, and black and Latino people. “There’s no logical tie between money and public safety,” says Insha Rahman, director of strategy and new initiatives for the Vera Institute. “Just because you’re rich doesn’t mean you’re less of a threat to anybody than if you’re poor.” Read more in their report, Justice Denied.

No ICE Arrests in New York Courts Without Judicial Warrant

ICE agents looking to make arrests inside courthouses in New York can’t do so without judicial warrants or orders, according to a directive from the NYS Office of Court Administration. A report by our grantee Immigrant Defense Project found 178 arrests in NYS courthouses last year compared to 11 in 2016, and advocates have said immigrants are increasingly fearful to visit courts as a result. Read more from AP News.

The Legislature revamped a law that kept evidence from defendants. Prosecutors now must show their hands earlier. The overhauled law, written largely by public defenders and advocated for by the Katal Center and VOCAL-NY, will fundamentally transform how trials are conducted in New York, moving the state from having one of the most restrictive rules in the country regarding turning over the government’s evidence — a process known as discovery — to having one of the most open. Read more in The New York Times.

The New Yorker featured the case of Suny Rodriguez, an asylum seeker from Honduras who, with the help of ASAP, successfully sued the government for the abuses faced by her and her son while being held in family detention. Read about Suny’s harrowing story – and the start of Asylum Seeker Advocacy Project – here.